Uncovering The Myth Of The So Called Sweet Shooting Big Man

Traditionally, big men are there to grab the rebounds and to attack from the post. They are bigger than everyone after all, so they should have the ability to bulldoze their way inside for points, and to use their size to outbox everyone to grab rebounds.

Today, in the age of pace and space basketball, more and more big men are called to shoot from the outside. The trend has followed in the Philippines, where more and more bigs are seen shooting threes, or at times, even handling the ball to create their own shot.

Beau Belga was added into the 2013 FIBA Asia Gilas pool for a reason; because of his effective inside out game. He had the ability to shoot from outside, fool opponents with his patented shot fake, and he has the heft to bang with the very best of them. Sadly, his game has dipped this season, with him posting really poor numbers in the process. He’s been getting his touches.

The problem? He hasn’t really been making his shots.

He’s only made 21.8 percent of his shots from three, and his mid range game hasn’t been that effective as well. He may be performing well when it comes to shots from the paint (even then, it’s not way better than some of his counterparts), but the problem is that majority of his shots come from mid range or from three. His poor percentages from outside resulted to him posting an eFG% of 44.5 percent. Not that good if you are a big man.

You could make a case for him being a sweet shooting because of his accuracy from three the past few seasons, but this season, he hasn’t lived up to the expectations of fans. 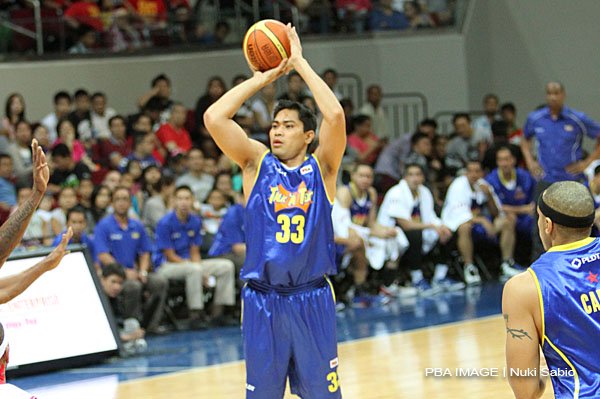 Has greens everywhere in his shot chart? Check.

Is consistent when it comes to making threes? Check.

Has proven to be very effective for his team? Check.

Finals MVP because of his amazing performance? Check. 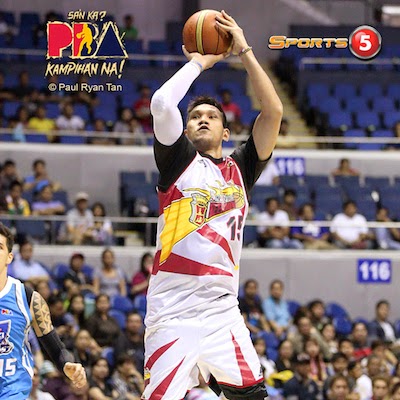 If you were to ask me, June Mar is called a sweet shooting big man because of one thing; his oh so sexy form.

His form resembles that of James Yap‘s, and you have to admit, it’s pretty smooth. At the same time, he’s been pretty effective when it comes to making his free throws.

The problem? It hasn’t translated to him shooting well in mid range and from the three.

With a little more work on curling for the catch and creating separation so that he can pull up for the jumper (*GULP* JUST IMAGINE THAT), he can definitely be called a sweet shooting big man. He has the form to be an effective jump shooter, it’s only a matter of practice. As they say, practice makes perfect.

If you asked me 5 or 6 years ago if Mick Pennisi was a sweet shooting big man, I would have probably said yes. But it’s 2015, and Mick Pennisi’s role has been reduced to being a back up big man for a Purefoods team that has insane depth. Not only is he a back up big man, but he’s a back up big man who practically only has one job; to make three point baskets as a floor spacer. Is he doing that job well?

He hasn’t done it as well as he did before but he still made 31 percent of his shots from rainbow country. Is he a sweet shooting big man? He was, without question, in the past. Is he now?

Aldrech Ramos is a pretty tricky case when it comes to determining whether he is a sweet shooting big.

For a guy who is a BIG MAN, he isn’t the best. He posts a FG% of 43.3 percent, and an eFG% of 50.3 percent. Those are average numbers for a PBA big. But here’s the deal; those stats don’t show where he takes most of his shots.

As you can see from his shot chart, majority of his attempts come from the outside. He only attempted 37 shots inside the paint, while he attempted 144 shots from mid range or from rainbow country. And, as you can see, he was pretty damn effective when it came to shooting from the outside. Since that’s the case, YES, Aldrech Ramos is indeed a sweet shooting big.

The very fact that I was able to write about big men being sweet shooting shows how much the PBA has grown when it comes to its style of play.