It’s been said before, but I’ll say it again, the second round of the UAAP is still anybody’s game.

Let’s see how the teams stack up in our UAAP Season 76 Power Rankings: Week 4.

Unfortunately for the State University, they have yet to make a mark on the win column throughout the first round. While they came close to winning several times, their inexperience halts them from keeping their composure long enough to stave off opponents’ runs or mount one themselves. Fortunately for Coach Dandan and the Maroons, a monster run in the second round might actually be enough to see them make the final four given the current situation of the standings. It’s not yet over for UP hopefuls (at least mathematically), but it will take a season comeback like never seen before.

Can Coach Dandan and his crew pull-off a comeback for the ages? (Photo Credit: AKTV)

After barely escaping their game against NU, the Falcons fell into a two game hole. Losing to both La Salle and FEU in their last two games means they have a lot to prove when it comes to putting their names in with the contenders in the 2nd round. With Ingrid Sewa still injured after pulling his shoulder in their game against Ateneo, Adamson has not been able to put opponents away despite great contributions from their bench. Fortunately, even if they enter the 2nd round with a losing record, their bench has been able to step up during games, giving Coach Leo the same luxury he had in Season 74 when the Falcons employed a 10-man deep rotation, making every game a matter of finding the right matchups.

After a crazy win against the Falcons, the Archers lost their footing and couldn’t stop the reigning MVP from having his way against them. While they have fixed their freethrow shooting woes, they are still very inconsistent and were not able to score in the crucial minutes of the game. With a full roster and no injuries, a lot is expected of the boys from Taft Avenue. Good for them, they’re still not out of the race as the gridlock in the standings means fourth place is still just a win away.

While they have been able to hold their own for the most part, the Growling Tigers are in desperate need of the point production given by Jeric Teng. Their last game against Ateneo exposed this as they failed to break away from the pack to grab the solo second spot. Teng’s absence has led to the likes of Ferrer, Daquioag and Mariano stepping up their games for UST, thus making the King Tiger’s return in the 2nd round all the more sweet for Tiger fans.

Their loss to the Falcons served as their wake up call as they closed out the first round on a high note. After letting games go in the crucial minutes, NU clinched their game against La Salle through the re-energized play of Bobby Ray Parks Jr. This momentum could very well carry on to the second round where NU hopefuls expect the Bulldogs to make good on their “contender” status. 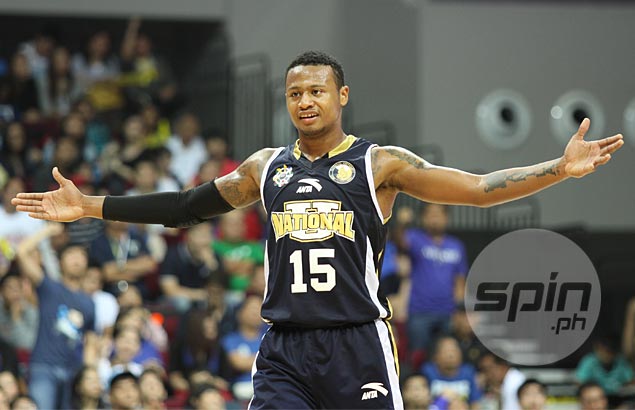 This team has arguably the best PG-C tandem in the league right now but it still might not be enough for the pre-season champs. A lot of their success in the first round came from the black hole in the rebounding department known as Charles Mammie. Warrior leader Roi Sumang has no problems letting it fly from long-range, especially with Mammie (who averaged 17 rebounds a game) there to clean up after him. This team needs to find its third mainstay contributor if they want to go over the edge in terms of vying for a championship, but the Sumang-Mammie connection has worked well and will continue to work for them.

Following the worst start to a season the Eagles have seen in decades, they win two straight including a dismantling of the Growling Tigers to veer away from the dreaded solo 7th spot in the standings. With Kiefer Ravena back in the lineup for the Eagles, hopes for championship number 6 are starting to spark up again. Even with the 0-3 start, the Eagles are still in the running not only because of the big clump in the middle of the standings, but also because of their own doing. They’ll look to ride this momentum until the next round and get themselves back in the running.

They are untouchable. Teams have come close to beating them but it seems like that is exactly where they want their opponents, close. A perfect combination of talented players and great coaching has allowed the Tamaraws to knock opponents out at the clutch. Their last game against Adamson showed just how much confidence they have in their shots and how fearless they are when taking over games. Terrence Romeo is the leader of the MVP race, but the team is not all about him. Look forward to a 2nd round with teams all locking down on FEU, itching to be the first to draw their blood as they are now clearly the team to beat this season.