With most teams done with half of the first round, we’re starting to see some separation between the contenders and laggers, with the middle pack starting to shape up towards an interesting race.

This week’s UAAP Season 76 Power Rankings see a lot of movement in between the last and first spots. Let’s take a look at who moved up and who moved down this week.

Still winless as they continue to struggle despite hot shooting from Samuel Marata. It seems that no matter what they try to do, they just don’t have the personnel to pull out a victory this season. With absolutely no form of help on the horizon, I won’t be surprised to see Coach Dandan give his younger players more playing time soon.

Can Kyles Lao provide enough to the Maroons to finally get them a win? (Photo Credit: Yahoo! Sports PH)

After notching up a last second win against NU, the Warriors have been beaten, and beaten again. With their biggest rebounder, Charles Mammie suspended for one game, the Tigers, even without Teng, were able to take advantage of the hole in the middle and out-hustle the Warriors. Right now, Sumang is the only weapon the Red Warriors have and with four games already in the books, the other teams have been planning their defenses around stopping him and it’s showing.

After a stellar performance against UE, the Falcons blew it against the Eagles. They were beaten at their own rebounding game and couldn’t get their shots to drop, resulting in the return to 50% at the win loss column. The Falcons have some interesting pieces in the fold, but it’s starting to look like their lack of an established veteran presence is costing the Austria coached squad some games early in the season. 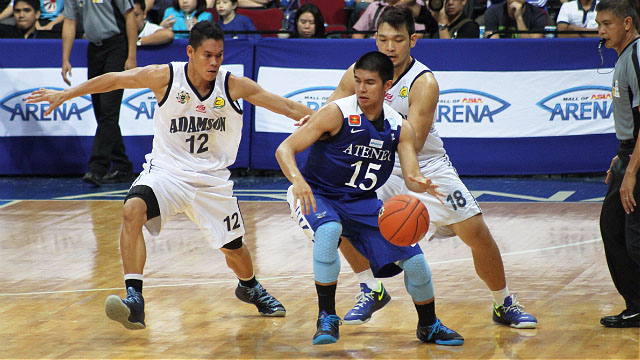 Try as they might, they simply couldn’t hold on to the win against a well oiled FEU Tamaraw squad. This season’s Archers is a team that is completely stacked in almost all positions, but they still haven’t figured out yet how to work with all their pieces. The new coaching staff will need time to make this group come together, but in the meantime, there’s one problem that they can fix: free throws. DLSU has to improve from the stripe otherwise it will continue to plague them all season and Final Four (If they make it) long.

They finally get a win at the expense of the Soaring Falcons, with Keifer Ravena playing a limited role in a dominating performance by the Eagles. While Ravena’s return surely boosted the spirits of the team, this win could be a turning point in their season as they finally figured out how to win even with Kiefer far from 100%. With Ryan Buenafe almost notching a triple double and Chris Newsome looking unstoppable at times, it looks like the Blue Eagles are ready to take to the skies once again.

After losing their star shooter Jeric Teng to a nasty push in their game against NU, the Tigers bounced back, taking on UE’s hot shooting and answering with their own. Teng might still take a few games (or longer) off, but the way they adjusted against UE, Tiger hopefuls have much to continue cheering for.

With Teng looking to miss extended time, will the Tigers maintain, or fold? (Photo Credit: ABS-CBN.com)

Three words: Bobby Ray Parks. The reigning MVP has led their team to draw the first loss of UST this season. This team is still all about him, but Emmanuel Mbe isn’t one to shy away from the moment either. They took UP to town, thrashing their post defense and making Raul Soyud look very small (he isn’t). With Parks and Mbe locks to provide for the team in every game, it will be up to NU’s other players to turn into a supporting cast that’s worthy of a UAAP crown if the Bulldogs want to win it all this season.

Much like in Season 73, the FEU Tamaraws are on a big roll. Teams have come close to stopping them, but none have prevailed. They are the only undefeated team in two weeks, mainly thanks to the stellar performances of their guards, RR Garcia, Terrence Romeo and Mike Tolomia. Coach Nash Racela’s dribble-drive offense has unlocked a monster of a Tamaraw offensive machine and it looks like it will take a very, very good performance from one of the better teams in the league to tarnish their immaculate record. 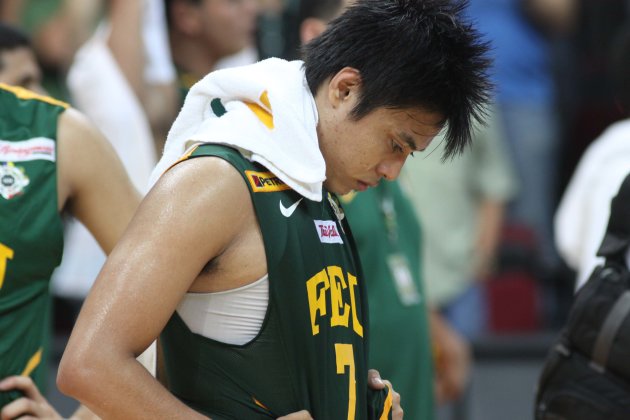 Terrence Romeo is turning in an MVP season so far, but will it be enough to turn FEU into champions once again? (Photo Credit: ph.sports.yahoo.com)