Momentum is an undeniable part of the game. Whether it’s on a game-to-game basis or a possession-by-possession basis, there is some truth to the idea of momentum — a good thing will probably lead to another good thing (and vice versa). How quantifiable that is and how big the effect is subjective. That’s why the ability to suddenly “turn it on” is at a premium — it opposes all laws of momentum.

Talk N’ Text — coming of a momentous finish to their previous conference, sweeping Rain or Shine — will surely look to build on their championship. No coach is better at “building” off momentum than Coach Norman Black — the coach who won 5 straight championships in the UAAP. The job will be easier now — the roster isn’t a turnstile compared to the UAAP rosters. He can now build on roster stability and chemistry – a very important aspect of sustaining momentum.

Talk N’ Text is the best team in the league. They are talented, they are deep and they are versatile — a deadly combination. They can go big and put a lineup of Reyes/Fonacier/Dilinger/Williams/Peek — with Reyes and Fonacier alternating ball handling and play making duties. They can go small and trot out a lineup featuring Alapag/Reyes/Fonacier/De Ocampo/Williams. They can go quick (Castro/Alapag), they can put out shooters, they can put out defenders. No wonder they topped out as the team with the biggest efficiency differential in the league — they outscored opponents by 7 points/100 possessions. They have the best offense (102.76 ORTG) and the 3rd stingiest defense (95.75 DRTG).

Their weakness is that they don’t have any body that can generate easy points — they are in the bottom half of fast break points and they don’t force a lot of turnovers (TOV% allowed is 2nd worst). That’s partially because of their not-so-fast pace (they are close to league average in pace). But relying heavily on your half court sets (which is what happens when you don’t generate a lot of easy points of fast breaks or secondary breaks) can be taxing on the players physically, emotionally and mentally. Lucky for them, they are deep so this isn’t much of an issue. They must remain locked in and disciplined in their offensive sets.

For player previews, I’ll introduce a simple statistic — let’s call it Net Offensive Rating. If you haven no idea what Offensive Rating (ORTG) is put simply, it’s a measure of how many points a player produces per 100-possession. Now “points produced” can be in the form of actual shots, or helping other players get shots (whether through assists or through offensive rebounds). The higher the ORTG, the better the player is at producing points (note, this is different from actual shot creation, an entirely different and wholly misunderstood aspect of offense production).

This can be mitigated by how many possessions he uses — remember, ORTG is measured on a per 100-possession basis. If he uses too few possessions, he’s effect won’t be as huge as somebody who uses more. 2 players who make 50% of their shots won’t have the same effect if one takes 4 shots and the other takes 10 shots — the player who took 10 shots will have a larger effect.

Now, how do we actually measure their effect? We need to have a measuring stick — a way to say “he was good” or “he was bad”. For us, we’re going to use the “league average” ORTG. Simply put, a guy who produces points at an above the league average pace will have a “positive” effect, and vice versa.

Lastly, we want to bring it back to the concept of “team” — how huge is this player’s effect on the team?

So what I do is take the player’s ORTG then subtract it to the league average ORTG and then multiply that by the percentage of the team possessions that the player uses. So if for example the league average is 105 and a player produces 108 points/100 possession and he uses 30% of a team’s total possessions, then his Net ORTG is (108 – 105)*.30 = +0.9. This means that on his own, Player A puts his team’s offensive rating up by 0.9 points. Yes? And before we go through, we’ll have to assume somethings. I’ll be assuming that the competition will get stiffer so I’ll assume that ratings will go down, not by much though. I’ll be assuming that the league average ORTG is 97 (the Philippine Cup league average was around 98).  I’ll also be assuming each player’s ORTG and % of possession used based on last conference again (of course with the assumption that Keith Benson is on the team).

— Alapag was sensational last conference. The greatest thing about him was that he shot a high number of 3-PT shots and made a good percentage of them (39.4% on 5.1 attempts per game). So despite him missing a lot of 2 PT attempts, he scored at a semi-efficient rate. I expect him to be better than that because of the addition of Keith Benson. His numbers will go up (compared to an ORTG of 114.9) albeit in fewer possessions. The effect will still be the same though. Alapag is awesome.

— He’ll be effective or he won’t. It doesn’t really matter. He won’t play a lot of minutes — especially with the imports playing this conference. He’s just another body on the bench.

— Carey struggled a lot — with an eFG% of just 37.1%. That’s REALLY low especially for a big man. This is probably because he’s small and not really a  high leaper. What he is though is strong and tenacious. He’ll contribute more on the defensive end than on the offensive end with his physicality, his hustle and his tenacity. 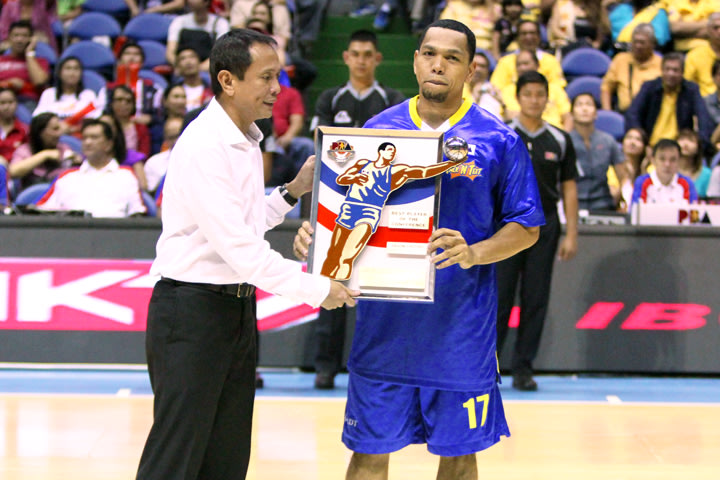 — I pride myself on having an eye for who are efficient scorers. And I’ve always had my eye on Castro even when he wasn’t playing in the PBA. I was right. He can shoot from deep. He has a strong upper body to finish through contact — which helps with his ability to finish at the rim and get to the FT line. I expect the same this conference.

— A member of the modern era big men — players who both have the soft touch to stroke it from deep and from the line and still be physical enough to rough it up inside. Ranidel de Ocampo will again be pressed into service beside Keith Benson — spacing the floor for him and being an additional threat of the bounce.

— The “Baby faced” assassin will once again bring his A-game as a shooter for TNT. He’ll hit timely shots (and maybe in the process, be asked to take horrible end-of-regulation shots) and be a threat from deep and occasionally off-the-dribble. He won’t have the same effect as the play makers (Castro, Alapag), but make no mistake — his presence will be felt on offense and on defense.

— With the depth of this roster, Gamalinda will see even fewer minutes (and consequently, fewer possessions). He won’t be a detriment to the team but he won’t be a plus too. Hence, the 0 Net ORTG.

— I think Ali Peek will be the one that will get the most minutes cut — I feel like Keith Benson and him replicate each other so much. Both are limited to operating near the paint. At least Carey can work well as a energy guy while Ranidel and Kelly can “space” the floor. But the “man mountain”will still provide some value to the team.

— Just like the three that came before him, his effect won’t be felt as much. Not much to talk about here.

One of the most versatile players in the league (Photo Credit: Paul Ryan Tan, InterAKTV)

— One of my favorite players to watch. Versatile and really smart. He won’t wow you with what he does on the court but he will be the steady presence that the team will depend on. One of the reasons why I decided to follow TNT (along with Fonacier and Castro).

— Always wondered how he didn’t become a superstar. Always thought he was a 3 in the making but he’s transitioned really well as a hybrid forward. He finished with an ORTG of 109 because he didn’t turn the ball over (a TOV% of just 9.5%) plus his 3PT shooting was phenomenal — 35%. I don’t think he continues to do that. So with an expectation of both those statistics dropping, his once stellar ORTG now goes down to “just” 105 (which is still 8 points/100-possession above league average).

— I’m predicting that he will struggle again in limited minutes. Luckily, he won’t get that many possessions. Talk N’ Text is so deep that a young player like Al-Hussaini won’t get the necessary reps to improve his skills. Sad. 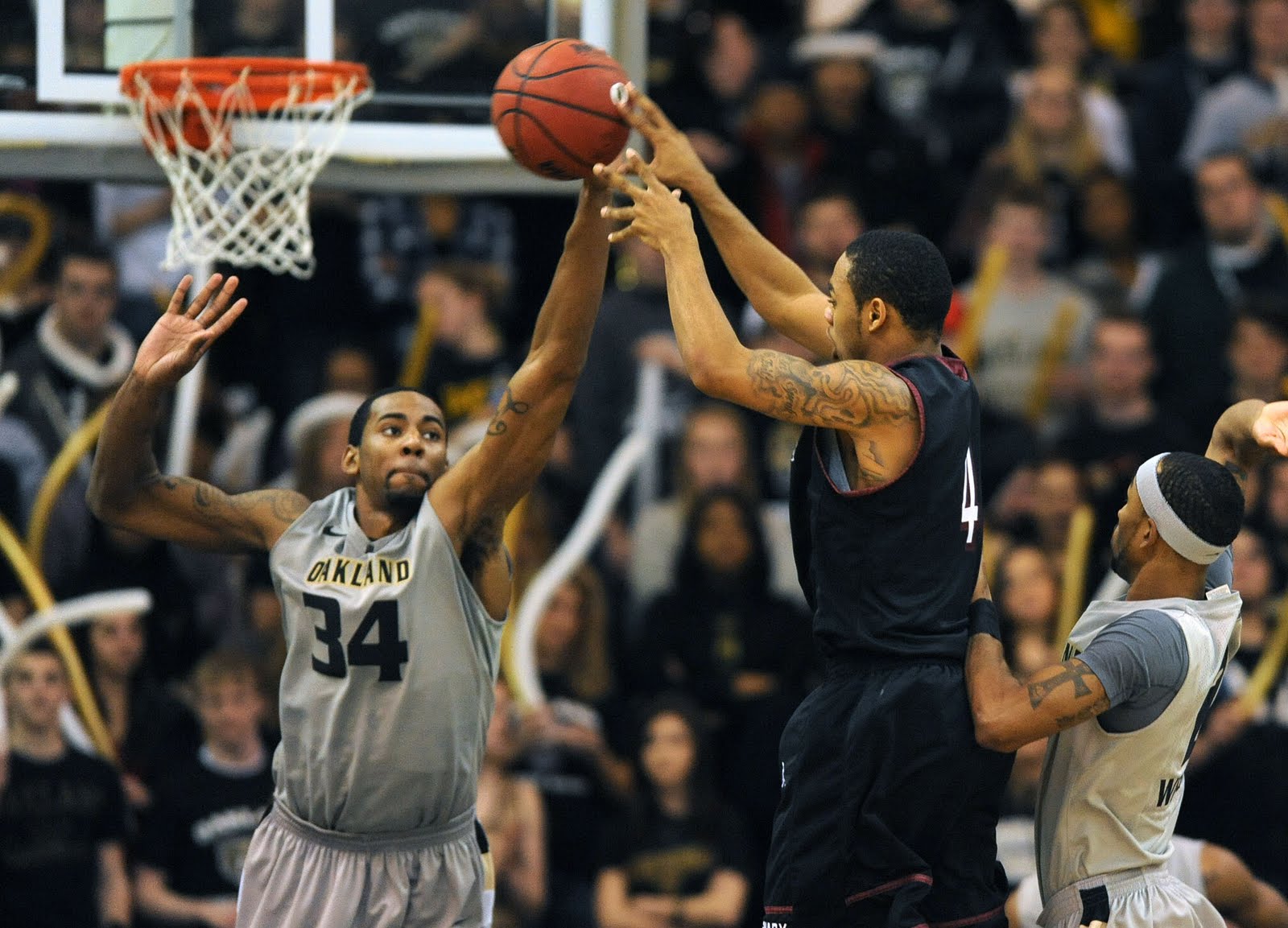 Keith will be a game changer defensively for TNT (Photo Credit: Google Images)

— Most imports are given huge amounts of possessions particularly because of their physical advantage over our local players. But according to Draft Express, he’s more of a finesse player and he won’t be an offensive player. So I’ll play it safe and peg him at or near league average. What he will be is a force on the defensive end with his length and timing.

An efficiency differential of 6.4 points usually equates to a 80% W/L record which means they’ll post anywhere between 10~12 wins. I’ll go with 11-3. They’ll reach the Finals and then anything can happen there.