The Rewind: The First of Many for the San Miguel Beermen

“The night is darkest just before the dawn.”- Batman

The foundations of the San Miguel Beermen dynasty didn’t even start in the PBA.

The year was 2013. A rookie June Mar Fajardo was riding the bench as time was winding down on the game. There were less than 24 seconds left and his Petron Blaze Boosters were down seven versus the Alaska Aces. Reinforcement player Renaldo Balkman got the ball in the paint off the inbound, pounded it hard onto the floor but airballs the shot. He committed a foul in frustration, and then continued to vent that frustration, on the refs, on the coaching staff, on Ronald Tubid, on Arwind Santos… especially Arwind Santos. Before he knew it, Arwind Santos was fighting for air, the same way the Petron Blaze fanbase was fighting their disbelief over the events unfolding.

This was the Petronovela at its height.

Following a stellar 10-4 record in Season 74, coach Leo was coming off a lackluster Season 75 following the loss of key players and the early season-ending injury of star guard Alex Nuyles.

It was the offseason for Adamson when coach Leo began his first ABL campaign as head coach. Immediately he started making a name for himself, dominating the elimination round with a 19-3 win-loss record. In the playoffs, the Beermen quickly dispatched their semifinals opponent in order to set up a rematch of the previous year’s finals.

Back in the PBA the Petronovela continued.

Despite finishing strong in the elimination rounds, the Blaze couldn’t make it past the first round, bowing out in straight games to the Talk N Text Tropang Texters. The team was still visibly shaken up by the reinforcement change while the organization was frustrated and ordered a coaching change the following conference.

June Mar Fajardo who was the number 1 draft pick of the 2012 draft was beginning to show signs of his dominance in his rookie season. Averaging 12.1 points per game and 9.3 rebounds got him a nod to the all-rookie team and 2nd all-PBA team at the end of the season.

A year before, June Mar had already suited up for San Miguel but lost in the Finals to Indonesia led by former Soaring Falcon Jerrick Cañada.

With the ABL Finals rematch set, coach Leo was building off the stellar play of a rejuvenated Asi Taulava. Unfortunately for the Indonesia Warriors their Finals MVP Cañada was earlier sidelined with an injury, forcing him to sit out what would have been a duel against his former mentor.

Outmatched, the closest Indonesia came to scoring a win in the series was in game 2. But an out of timeout play drawn up by coach Leo stole the game with a last-second nakaw play. For his first ABL head coaching stint, coach Leo came home with a championship, coach of the year honors and a player who was named season MVP in Taulava.

The season after, Petron tried to put the drama behind them and rebuild by hiring Todd Purves as a coaching consultant. Purves was no stranger to the San Miguel organization as he was the head coach of the Indonesia Warriors who won a championship and then got swept by coach Leo Austria’s San Miguel Beermen the following year.

There were signs of life hope for Petron as they performed well in the elimination round, entering the Philippine Cup Finals as the third seed. While they got through to the semifinals, Petron was roughed up and out of contention by a tough Rain or Shine team then led by coach Yeng Guiao.

To further move on from the Petronovela, the organization decided to drop the name and return to the traditional franchise. The San Miguel Beermen were back in the PBA.

Yet there was still something off with these Beermen. After yet another good finish to the elimination round, landing them at 2nd seed didn’t translate to playoff performance. With a twice-to-beat advantage, the Beermen were matched up against a feisty Air21 Express coached by one Franz Pumaren. Air21’s Joseph Yeo did not mince words calling the heavily favored Beermen, “larong mayaman.”

The Beermen balked. They were out-hustled and out-played by Air21. Even if they had June Mar Fajardo on their team, the post was no friend to the Beermen. The ageless rock Asi Taulava had found his way back to the PBA and landed in the center of Air21. The old MVP manhandled the sophomore giant, humbling him even. Another quarterfinals exit later, the Beermen were again in search for someone who could deliver. And so they looked to the last coach who brought the Beermen to a championship. Sure, it might have been a different team in a different league, but he still won, right? 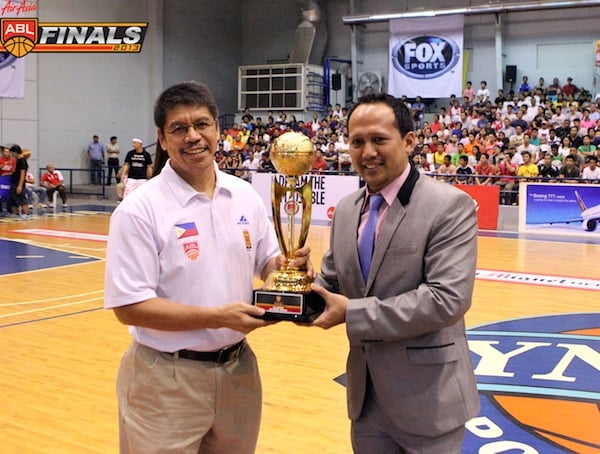 The lingering question was, “Does coach Leo Austria have what it takes to win in the PBA?”

He had one year to right the Beermen ship. No more coaching consultants, no power sharing, he had the Beermen to himself for three conferences. It might have felt unfair, especially considering the arduous process you need to build a championship culture. But this was a San Miguel Corporation team he was playing for. Anything less than a championship would be deemed a failure.

Again the coach Leo effect immediately came into play. Through a simplified offense designed to maximize the presence of June Mar Fajardo in the paint, the Beermen steamrolled their way to a 9-2 record good for 1st seed and an instant semifinals slot.

But we’ve seen this before. The Beermen had yet to win a single game in the PBA playoffs. Was that going to change in that series?

Not only did they win, but the Beermen swept the Norman Black led TNT in the semifinals. Without a post-season blemish, the Beermen were headed to the Finals of the 2015 Philippine Cup.

Their opponent, the Alaska Aces, who clawed their way up the playoff brackets leaving both NLEX and Meralco in their wake. After a tough series against Rain or Shine, the Aces booked their ticket to the Finals after 6 games.

By this time the Alaska Aces were the more experienced of the two Finals contenders. The Aces had tasted a championship not too long ago with most of the 2013 Commissioners Cup roster present in this 2015 Finals. Sonny Thoss, Calvin Abueva, Jayvee Casio, Cyrus Baguio and Dondon Hontiveros were already Aces when they beat Barangay Ginebra in the Finals two years prior.

The difference was that instead of Luigi Trillo, the Aces now had Alex Compton calling the shots for them.

For the Beermen, their starting five which we know today was already there. But instead of Christian Standhardinger, Matt Ganuelas Rosser, Kelly Nabong or Terrence Romeo coming off the bench, they instead had Chris Lutz, Doug Kramer and David Semerad relieving what would later become the SMB “death five”. Ronald Tubid was there too. He left for a while, now he’s back again.

Both Compton and Austria were rookie coaches, commanding their teams in Finals. Austria was banking on the talent of his players, Compton on the championship experience and grit of his. What resulted was an epic series that saw teams build big leads early only for the other to rally back.

Alaska stealing Game 1 in overtime set the tone for the rest of the series.

Neither team could find a clear advantage over the other resulting in games being trades between them forcing a deciding game seven.

In the first half of Game 7, the Beermen built a 21 point lead in the first half of the game. But as had happened in previous games, like clockwork, the Aces turned up the pressure and rallied back to cut the lead down to 3 before the start of the 4th quarter.

It was a slugfest the rest of the way. The Beermen were desperate for points, dumping the ball to June Mar Fajardo in the post just hoping they could generate some kind of offense.

The start of the San Miguel Beermen All-Filipino dynasty almost didn’t come to be. With 5:33 left in the game, Cyrus Baguio hit a fastbreak layup that not only gave Alaska the lead, but more importantly, got Marcio Lassiter’s 6th personal foul of the game.

Momentum swung to the side of Alaska, Abueva stretched the lead with 4 straight points, but the Beermen pulled a rabbit out of the hat on defense, getting stops and finding their way to the line.

At the last 2-minutes, the game was a tense 76-74 with Alaska in the lead. Thoss gave Alaska breathing room by shaking and baking against June Mar in the post. Little did Alaska know, those were the last points they would score for the remaining minute and a half.

With 45 seconds left on the clock, Alex Cabagnot skipped a pass to Arwind Santos waiting at the right wing. With a dribble to his right, Arwind pulled up from three, over the outstretched arms of Abueva. Bang. Hand of God.

Arwind’s first points of the fourth quarter gave the Beermen the lead back with seconds left to play. What followed was the longest 43 seconds these teams had ever played.

After a defensive stop by the Beermen, the Aces sent Arwind to the line, who split his freethrows, making the Beermen lead only 2 points.

On the other end an Abueva floater back rimmed out of the hoop leading to a mad scramble for the ball. It landed in the hands of Ronald Tubid who was immediately hounded by Calvin Abueva. 6 seconds left in the game and Tubid immediately called a timeout to secure the ball. Problem was, game seconds earlier Alex Cabagnot had already called San Miguel’s last timeout to prevent getting trapped in the corner.

Try as he might to explain that he was only flexing and not signaling for a timeout, a free throw was awarded to Alaska.

With 6.4 seconds to go, the Beermen had to inbound the ball from Alaska’s side of the court. Their first attempt was tipped out of bounds. With 5.2 to go Lutz had to get the ball in from Alaska’s baseline.

An interception would have spelled disaster for the Beermen as Alaska was more than capable of converting off steals.

Fajardo received the inbound but was immediately swarmed by Thoss and Abueva forcing him close to the baseline. Abueva reached for the ball causing the referees to call for jump ball.

2.8 seconds left, Abueva needed to out-jump June Mar to give Alaska a chance. Abueva tipped it to Thoss who immediately found Casio open on the left wing. Casio rushed a three-pointer, everyone in the arena held their breath. Once again the fans who have been with the team since the Petronovela days couldn’t breathe. But this time it was in disbelief over how far their team has come.

The ball bounced off the side of the ring and the San Miguel Beermen won what would be the first of many Philippine Cup championships to come.

“The night is darkest just before the dawn.”