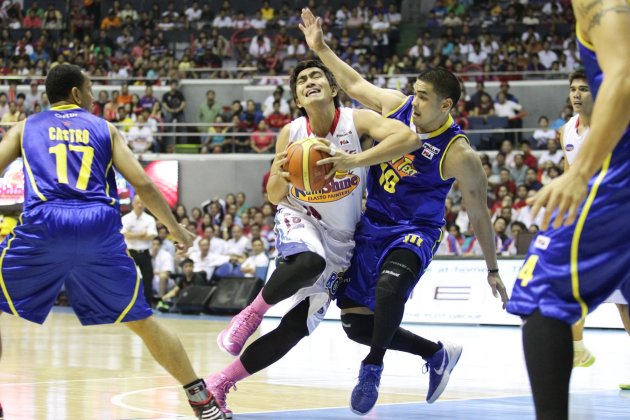 You know the guy you play with in your village court that’s always in your face on defense, insanely reckless but successful on offense and just generally everywhere? Very, very annoying right? Well… that’s Ryan Arana for you. Arana was expected to give the Elasto Painters a little bit of everything; he’s an absolute pitbull on defense while also being fearless in scoring the basketball. The onus will be up to Coach Yeng to decide when he should be unleashed and when to be pulled back in.

As expected, Ryan Arana gave Rain or Shine a spattering of everything in the Commissioner’s Cup. In 14 games played, he averaged 8.4 points, 2.5 rebounds, 1.4 assists and 0.4 steals per game. Not as impressive as you would expect, but watch a Rain or Shine game and you will definitely know when Arana has entered the game (no, it’s not because his socks and shoes are pink). With him in the game, the team’s intensity on both ends picks up. His constant attacking game and streaky shooting keeps opposing defenses on their toes, while his defensive pressure can take the players he’s guarding completely out of the game.

Let’s go back to that “annoying” guy in your village court. Chances are, you’ve seen him attack three, four or even five defenders by himself. Yes, this can result to some pretty unforgettable highlights, but most of the time, it will just end up as a turnover or an obviously horrendous shot. Sadly, the same can be said for Arana. He has a tendency of forcing things when he’s on the court, breaking offensive sets at times to attempt risky shots against multiple defenders. These failed attempts will often lead to a break in the momentum for Rain or Shine or an easy transition opportunity for the opposing team.

My favorite term to describe Ryan Arana would be controlled chaos. Once he’s out there on the floor, Arana gives the Elasto Painters more bite on defense and a certain unpredictability on offense that the team needs. He may turn rogue from time to time, but for the most part, Arana keeps himself in check and is able to pick his spots within the offense well. Something that played a big part in Rain or Shine’s strong 2013 Commissioner’s Cup.