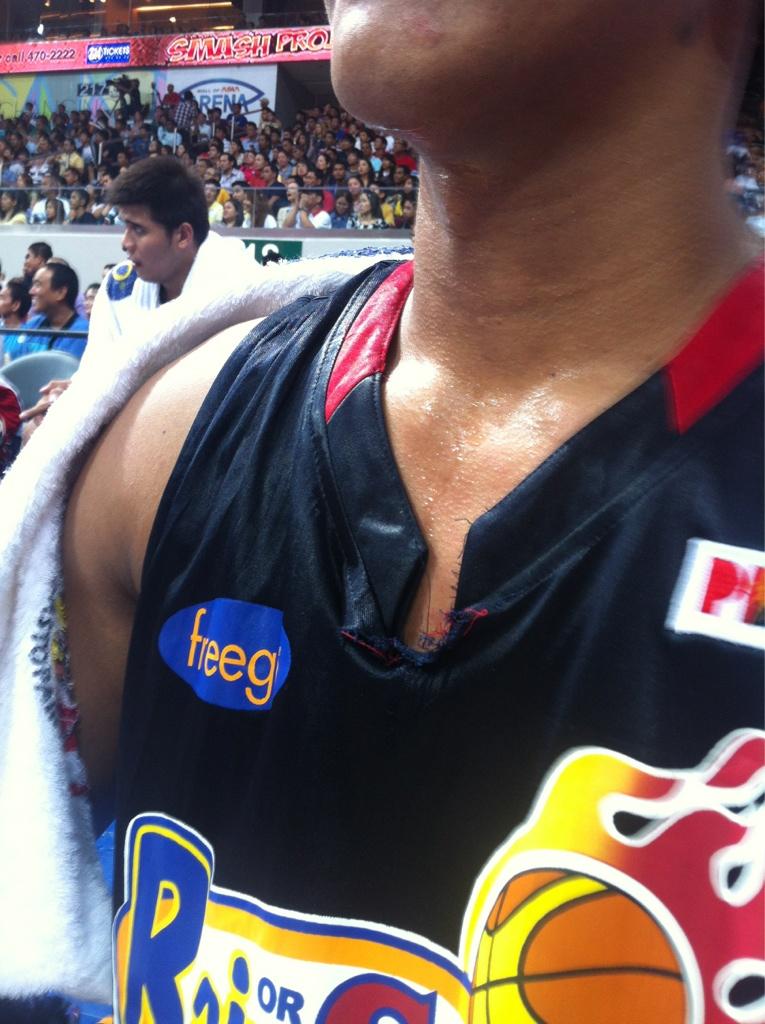 Ronnie Matias gets down and dirty on defense. (Photo Credit: Nikko Ramos)

Does Rain or Shine even run out of guys like Ronnie Matias? When the Elasto Painters need someone stopped, Coach Yeng will most probably turn to Ronnie Matias to dish out the law. Matias was expected to be the first or second forward off the bench, providing his team with a strong perimeter defensive anchor.

Early in the conference, Ronnie Matias found himself taking most of the minutes vacated by Jeff Chan’s injury. As expected, Matias gave the Painters a strong defensive presence, matching up against elite local scorers like Gary David, Mac Cardona, Jared Dillinger, etc. His minutes dwindled when Jeff Chan returned to the line-up, his role being limited to defensive line-ups that were designed to use their speed and length to wreak havoc on opposing offenses.

Because he essentially replaced Jeff Chan in the Rain or Shine rotation, Ronnie Matias was forced to places he never should have been (i.e. the 3pt line). Granted, the Rain or Shine offense is built around players taking open shots, but it was pretty evident that teams were happy to leave Matias out there to bomb away and miss (21.7% from the arc in the last conference). He did shoot 54.3% from inside the arc, so it’s pretty obvious where his strengths are.

For all the flack the Extra Rice tandem of Belga and Quinahan get from the public for being “dirty” players, most people seemed to have missed Ronnie Matias, who is as physical and “dirty” as any defender can get. Clearly, Matias’ contributions to this team cannot be fully seen through statistics, but Coach Yeng’s continued reliance on him proves his importance to the team.