Now it gets interesting.

The final score may not reflect it, but Petron simply dominated against Rain or Shine tonight.

The Blaze Boosters got it done early, surprising the Elasto Painters right off the bat. At one point in the opening quarter, the score stood at 22-6 in favour of the boys in Blue. At the half, Coach Yeng and his boys were looking at a 20 point hole. And while ROS was able to chip the lead down to 14 multiple times in the 2nd half, Petron responded with defensive stops and buckets to keep the game out of reach. 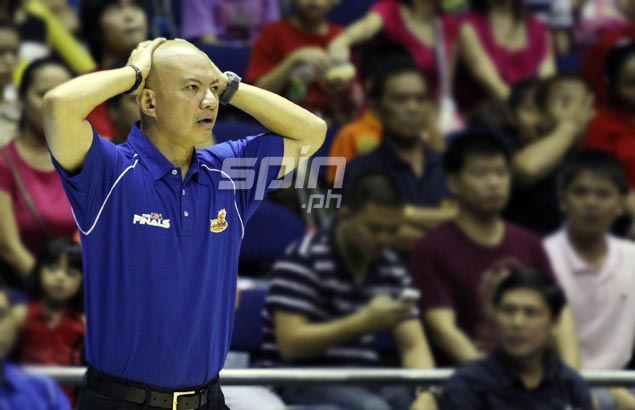 There was a lot of this for Coach Yeng in that game (Photo Credit: Spin.ph)

Let’s see if ROS did any better as we review our three keys to the game:

The Rain or Shine defense allowed Elijah Millsap (52.6% from inside the arc, 50% from three) and Alex Cabagnot (83.3% from inside and 33.3% from outside) to tear them apart. Sure, Petron’s other perimeter players didn’t shoot well, but those were mostly due to poor shooting nights rather than good defense from the Elasto Painters. Millsap’s 33 and Cabagnot’s 16 points were mostly poured in that dominating first half, where the Boosters seemingly had every open lane available and all the time in the world to shoot. 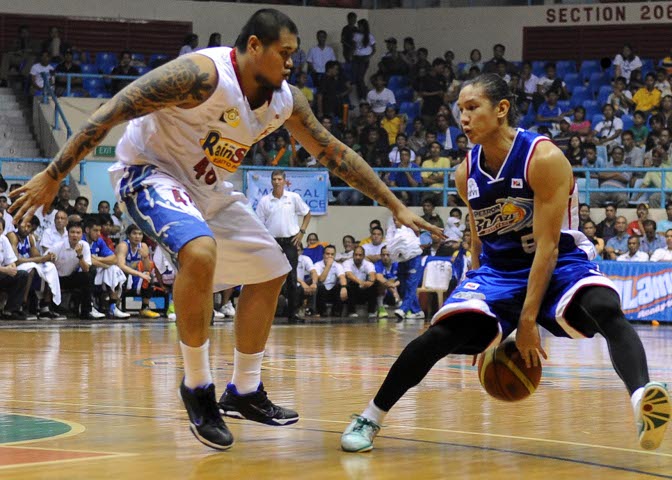 “The balls were bouncing my way” – Alex Cabagnot on his scoring output. True, but the bad ROS defense helped as well. (Photo CreditL gmanews.tv)

Put on the Breaks

For this key to the game, we called for Rain or Shine to limit Petron’s fast paced attack, but in this game, it was the Blaze Boosters who were able to achieve this. Knowing that they had the size advantage inside, Coach Gee instructed his boys to pack the paint on defense, with Millsap, Kramer and Fajardo anchoring the paint lock-down in the 1st half. With Rain or Shine now getting any success inside, they were forced to shoot from the outside. This caused more than enough long rebounds to bounce Petron’s way and allow their overly athletic team to run the Elasto Painters to the ground in that 1st half.

Okay Mr. Fajardo, that was pretty impressive. For one, I think one of the biggest dividends of the Doug Kramer trade is the added edge and confidence this seems to have given The Kraken. In this game, Fajardo and the other Petron bigs just took the ROS front-line out of the game early. Reid simply struggled from the field, as his lack of athleticism not allowing him to finish over the Petron defenders, while Belga and Quinahan again settled for too many jumpers outside (0/3 for Beau, 2/5 for JR). If the ROS bigs will continue to struggle against taller and physical frontlines such as Petron’s, then this team’s chances of defending their crown just got a lot tougher.

This was a bad loss, but a loss that the team needed to some degree. Better to experience this sooner than later. The good news? The team now has five full days to assess what they need to improve on before they face a very dangerous Alaska Aces squad on Wednesday.