For the past two weeks since HumbleBola’s relaunch, Nico Baguio and I have mostly been writing about pretty serious topics. Nico opened with a must-bookmark introduction to advanced statistics and followed it with a rant discussion on what’s wrong with the PBA at present. I wrote about Jay Washington’s struggles so far while also looking at Brian Butch and the Meralco Bolts.

For this post, since we had the All-Star festivities over the weekend, we’ll go with a lighter, less serious topic. :)

The Meralco Bolts are currently dead last in the league in terms of total assists. They’ve played seven games with only 90 total dimes (in comparison, SMB has also played seven games, but already has 170 assists to their credit). Despite this though, three specific incidents last week proved to me that the Ryan Gregorio coached squad tops the league in terms of camaraderie among teammates.

Guevarra warming up prior to the dunk contest. (Photo Credit: Paolo Papa, Sports 5)

Rey Guevarra put on quite a show in the dunk contest, co-winning it with Justin Melton. Interestingly, he’s also the only participant who chose to showcase a shirt over his jersey before every attempt.

Right before Guevarra attempts a dunk, he shows off a shirt from P.I.M.P. Kicks, which is coincidentally owned by fellow Meralco Bolt, Paul Artadi.

Supporting your teammate’s endeavours outside the basketball court. Check.

Also in the dunk contest was Cliff Hodge, who managed to convince Wilson, David and Guevarra to lay their bodies on the line as he tried to jump over all three of them on his dunk attempt.

Sacrificing your body for a teammate. Check.

This one takes the cake.

In Meralco’s game last week against Barangay Ginebra, they found themselves in a seesaw battle in the late stages of the 3rd quarter.

Gary David makes a great off-ball cut, gets the pass and absorbs a lot of contact after getting fouled, hits the side barrier and falls to the ground on his back. Noticed anything?

Yes, Gary David was lying on a seat cushion, but how did it get there?

We have a runner! (Photo Credit: YouTube.com / Sports 5)

Somebody exploded out of the Meralco bench carrying the seat cushion (who knew those were detachable?). We were covering that game on Twitter and asked the Twitter-verse who our mystery hero could be.

“@HumbleBola_: Haha. Who the hell gave David the seat cushion from the bench??”only paul would do something like that lol — Chris Ross (@cmross6) April 2, 2014

Well Mr. Artadi, you just might be the best “veteran” influence in the league right now and it looks like he’s turned this Meralco team into a pretty fun and functioning bunch. 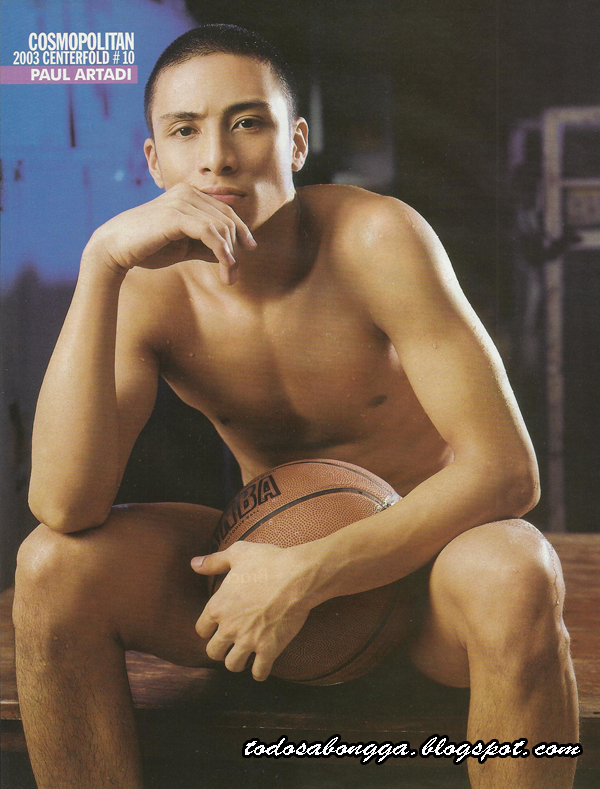