Gilas Pilipinas took one step backward, and two steps forward in their loss against Turkey

Is a loss always a step back?

Can nothing positive come from an “L”?

In the case of Gilas versus Turkey round two, even though the national team fell anew to the Euro side, 84-76, there were plenty of positives to take from that game. Beginning with the fact that the squad wasn’t drubbed by more than 30, progress was definitely seen, which is important with the FIBA Olympic Qualifying Tournament looming.

Because the Philippines is such a basketball-hungry crowd, we tend to get mesmerized when foreign stars land on our shores, more so if they come with meaningful NBA experience. As such, there’s always a little “Dream Team” effect, when we stop to marvel the opposition. 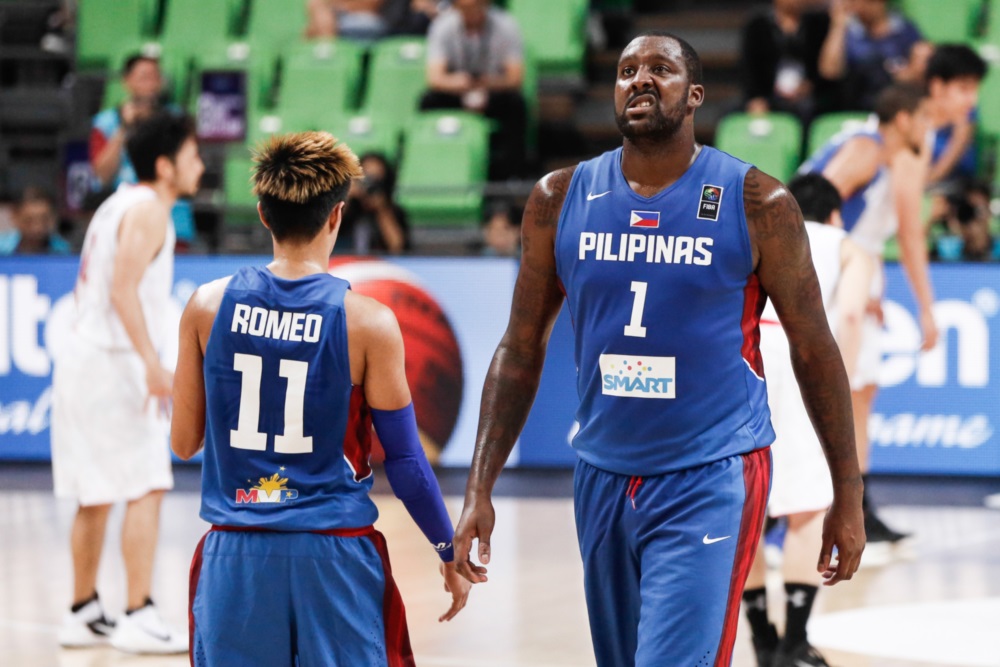 Andray Blatche was in much better shape this time around compared to how he was in Changsha. // FIBA

Blatche was engaged from the get-go, making smart decisions and quality plays with the basketball. He was in condition, and had his head down, a far cry from how he looked during last year’s FIBA Asia tournament. Unfortunately, aggression only gets you so far in international hoops, and this much was evident by how Turkey was able to claw their way back into the game through ball movement.

Gilas was on top after the first quarter, 20-19, but the good start did not yield a huge advantage.

Of course, Gilas tried to execute as well, but the level of execution, compared to Turkey’s was almost like night and day. Turkey is a well-oiled machine with a ton of experience. On the other hand, this new incarnation of Gilas looked like what it says on the label: new. Slowly, but surely, Turkey turned the tables on their foes, and even got a buzzer-beater to the first half with a seven-point lead.

Turkey continued to go the well in the second half. Behind crispy pata-level execution and EDSA traffic tight defense, the visiting side unloaded 10 unanswered points, a seemingly insurmountable lead.

And yet, Gilas did not fold. Instead, they played their trump card, what else but PUSO.

Yeah, you heard me right.

But instead of an immeasurable used to subjectively measure players, puso this time around was fuel to get the team to play smarter basketball, and leading the way was spitfire Terrence Romeo.

Romeo is by no means the ideal basketball player in an organized system. In fact, with Calvin Abueva out, he is the closest to the epitome of Pinoy hoops, unorganized, unorthodox, but when the shot is flowing, he becomes unstoppable. Romeo gave it his all, and along with his Mingming Brother (I still don’t know why this is their nickname. Readers?), Bobby Ray Parks, the two served as the sparks for Gilas’ run in the third.

They did it on defense too: a Romeo stop via the press, then a Parks stop in the half-court. And the beautiful thing about it was that it looked…organized. It looked like a team making smart passes, with a thought process behind the movement. It was organized madness, and a sign that though it might take a while, with another new cast, Coach Tab Baldwin was getting to his players, and they were running what was being taught to them.

It still wasn’t perfect though.

Jeff Chan was a mess against Turkey. // FIBA

For instance, in one third quarter sequence, Gilas was on the cusp of what Leigh Ellis would call, “A VERY SOLID PLAY.” Gilas whipped the ball around, with Ryan Reyes winding up with it at the top of the key. He had a good shot, but Jeff Chan had an even better one, on the left wing. So Reyes made the extra pass to Chan for what should have been a sure-ball triple. Only problem? Chan passed the ball back to Reyes, and the play was in shambles.

It’s plays like those that show there’s still some work to be done before the actual mini-tournament for the wildcard Olympic berth. And yet, the positives are obvious. Gilas lost by just eight points, and they looked heck of a lot better than a month ago.

The rest is common sense. Stay out of foul trouble (especially YOU, June Mar Fajardo). Hit free throws. When points are at a premium, you can’t go 15-of-26 from the stripe, especially not when your opponent was 18-of-26.

Time is running out before Gilas will open their campaign against France, another battle-tested squad. When it reaches that point, a loss is well and truly a loss. With groups of just three countries, and the top two advancing, the margin between exit and survival is razor-thin. For now though, this loss showed progress, and showed reason for optimism.

And you can’t ask for much more from a tune-up game.