Game On: Rain or Shine Elasto Painters vs. GBP

Rain or Shine may have just caught a break here.

After getting decimated inside the last two games, Rain or Shine’s shorthanded front line will now get a breather as it goes up against a Globalport Batang Pier team with one of the thinnest front lines in the league. 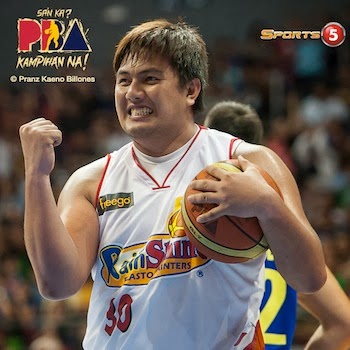 Belga has had little to smile about in Rain or Shine’s first two games. (Photo Credit: hoopnut.com)

Sporting an 0-2 slate after losing to Air 21 and San Miguel, the Elasto Painters are now desperate to get on the win column and salvage their campaign this conference. Here are some keys to the game that could help Coach Yeng Guiao and his boys get back on track.

Outside of Reid, none of the other Elasto Painters have been able to consistently score the ball for the team. In fact, none of the locals have been able to consistently do anything since Reid leads the team in points (23.5), rebounds (15.0), assists (4.5), steals (2.0) and blocks (2.5). Rain or Shine needs a big game from one of its locals if it wants to get past this unpredictable Globalport team that will undoubtedly look to stop Reid from getting his points. Both Paul Lee and Jeff Chan need to be more aggressive in order to take the offensive pressure of Reid’s shoulders.

Coach Yeng should also try to experiment with more offensive oriented line-ups that feature the likes of Cruz and Teng/Nuyles over Almazan (who’s been getting murdered defensively) and Uyloan (has a lost look in his eyes). Cruz’s deadly midrange game and Teng/Almazan’s athleticism should inject some spunk into Rain or Shine’s sputtering offense.

Globalport actually has a pretty solid starting unit with Cabagnot, Romeo, Hickerson, Washington and Ponferada. Outside of those five, they don’t really have other standout names that can give them much firepower off the bench. Once it’s the reserve’s turn to enter the game, the ROS reserves should look to stamp their class immediately.

Washington is quicker than Belga and will look to take him out of the paint and beat him with his quickness. Belga should return the favor by taking Washington down on the block and dominate him every chance he gets.