Game On: Petron vs. GlobalPort

Fresh off their second place finish in the recently concluded Governors’ Cup, Petron returns to action and looks to open their campaign in the 39th season of the PBA on a sweet note as they take on GlobalPort at the Smart Araneta Coliseum.

Entering a new season filled with hopes, the Blaze Boosters didn’t do anything major to their line up as compared to what they were doing in the past off-seasons. Instead of getting additional star power, Petron acquired role players that will fit well into their system.

Petron was able to acquire Chris Ross from GlobalPort in exchange for burly guard Dennok Miranda and during draft day, they shipped Magi Sison and Mark Isip for the fifth pick which they eventually traded to GlobalPort to get young and energetic center Yousef Taha who fills the team’s need for a back up to June Mar Fajardo. However, there’s one issue currently hounding the team, that of not renewing the contract of long time veteran and two-time MVP Danny Ildefonso who spent his whole PBA career with the franchise since 1998. 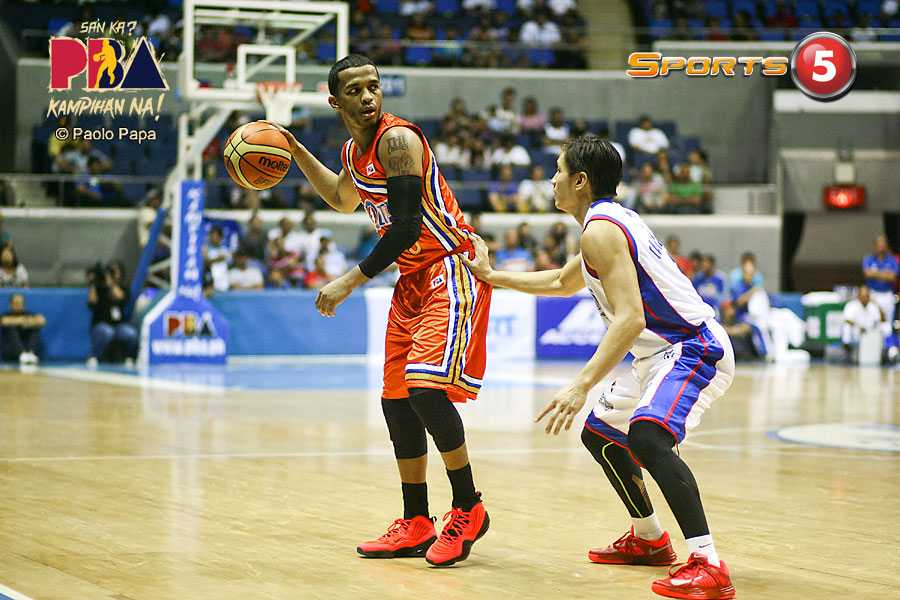 The Blaze Boosters will try to start their All Filipino Cup journey with a victory against a Batang Pier squad who looks deep with all the acquisitions they got in the off season. The team will play their first game of the season without lead point guard Alex Cabagnot, back up Chico Lanete and wing man Ronald Tubid who are still nursing injuries.

What should Petron do to get the win and open their campaign on a high note? Let us take a look at the keys to the game for Coach Gee Abanilla and his wards.

Let the Kraken do his thing

The last Governors Cup was a testament of how bright June Mar Fajardo’s future is in the PBA. Averaging 18 points and 14 rebounds in seven games against a mighty Coffee Mixers squad as a rookie is not a joke. That was his coming out party. This season, expect the 24-year old big man to make bigger improvements in his game and steadily work his way on top as the best center in the league. Going up against a GlobalPort squad that has Eric Menk, Jay Washington and Rico Villanueva, Petron needs to feed Fajardo down low to open things up for the whole team.

The acquisition of Chris Ross is one sign that Petron is gonna become a better running team. Ross is good in the open court and he will compliment very well with the Blaze Boosters transition offense as he will be a very lethal running mate to Chris Lutz and Marcio Lassiter. GlobalPort, as good as they have been with their acquisitions and having a new coach, will have chemistry issues and Petron must take advantage on this and get their transition game going early on.

Role Players Must Step Up

With Alex Cabagnot, Ronald Tubid and Chico Lanete out due to injuries, Petron’s depth will be put to test. This is where the acquisition of Ross and Yousef Taha will come into play as they will be given the chance to prove their worth as the team’s hard working role players along with Doug Kramer.

Beware of the Rookies

During draft day, GlobalPort was one of the winners by acquiring talented players in Terrence Romeo, RR Garcia and Nico Salva. There’s no doubt that these guys can play and if they won’t be taken seriously by Petron, they will surely play a roll in upsetting the Blaze Boosters in this game. Rookie or veteran, Petron should play lock down defense for 48 full minutes and they should always keep in mind that Terrence Romeo, as young as he is, can light it up in any given night.

Despite missing the services of three key players, Petron will take this one and open their season with a victory. GlobalPort will encounter chemistry issues with all the new players they have and Richie Ticzon’s inexperience will be exposed.