Game On: ROS vs. SMC

What a way to start the conference huh?

Not only did the powers that be schedule an opening day game for the Rain or Shine Elasto Painters, they also decided to pit them up against a San Mig Coffee team that’s just raring to turn some heads this conference after an unfavourable Commissioner’s Cup.

Both teams have players who just finished suiting up for Smart Gilas. Gabe Norwood and Jeff Chan for ROS and Marc Pingris for SMC. While reports indicate that both Norwood and Chan are both available for ROS, while SMC has allowed Pingris to take this game off. With that, let’s move on with this pre-game assuming that all three players will sit out this game for some well deserved rest.

I won’t delve in too much about the Elasto Painters since you can read about their build-up coming into this Governor’s Cup in our conference preview of the team.

For the Mixers, two things stand out.

What should the Elasto Painters do to come out with an opening day victory? Let’s take a look at their keys to the game: 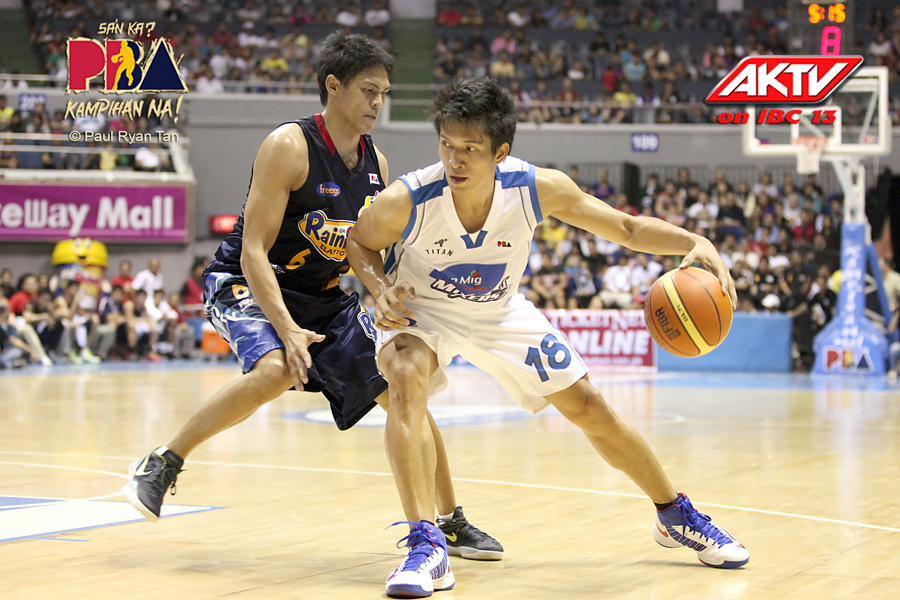 This match-up should be fun to watch. :) (Photo Credit: Paul Ryan Tan, AKTV)

Rain or Shine definitely drew quite a tough opening day matchup, but the team should have enough to handle this San Mig Coffee team. As for James Yap? His BPC-worthy performance would have to be put on hold first.

Not against Rain or Shine (Photo Credit: firequinito.com)