The FEU Tamaraws are looking to go up 2-0 in the first round with a win against the Ateneo de Manila University Blue Eagles. The FEU team, who had to face a much taller UE team might be glad to go up against a team much closer to their size. Ateneo possesses a starting lineup that only has Frank Golla as a true big man, with Chris Newsome playing the power forward position (natural position: guard). Ateneo will often at times throw a small ball, three-guard lineup.

The FEU Tamaraws completed a comeback from 11 points down in the second quarter to beat the UE Red Warriors team in their first meeting this season. The comeback was sparked by the duo of Terrence Romeo and RR Garcia. On most nights, they will look to the mentioned star guards to lead them to victory.

The Blue Eagles faced defeat at the hands of the NU Bulldogs. They struggled to score and played sluggish defense. They also had to battle alongside a Kiefer Ravena that played through a severe ankle sprain. It was a valiant effort but it was very obvious that Kiefer was hurting and didn’t have the mobility to be able to play like his normal self.

On Wednesday, these two teams will face off. Both programs having a winning tradition, but now considered long shots to win the title. Both possess small lineups and this game might just be a shootout between these two teams. 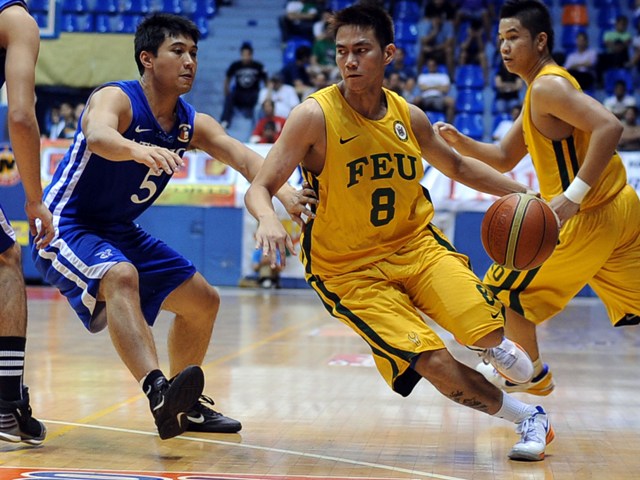 Keys to the game

FEU will look to Garcia and Romeo to be their primary facilitators. These two will have the burden of scoring most of the points but also have to give a conscious effort to get their teammates involved.

FEU had more success in the open court than in half court sets and should continue this strategy. Garcia and Romeo are excellent finishers and should run almost every time.

Even if Ateneo shot very poorly from the perimeter and horribly behind the three-point line, they are still a very good three-point shooting team (one of the best in the preseason). FEU can’t let guards like Tiongson and Elorde get hot from long distance. The Ateneo team shot ridiculously bad from the three-point line for most of the game against NU. Even so, Elorde and Tiongson almost staged a comeback by shooting threes alone, which proves these shooters can score in bunches with the three ball.

Newsome and Buenafe are much better driving to the basket or posting up. FEU can limit their efficiency by daring them to shoot from the perimeter, especially since Buenafe often falls in love with the three ball. These two are quick to get to the basket and are capable playmakers which is why the Tamaraws would prefer that they shoot long jumpers.

The FEU team this time around will be much bigger and I don’t think rebounding will be a problem for them. They also played excellent defense against UE and should continue this with ADMU. Ateneo still seems uncertain what it wants to do on offense especially with an ailing Kiefer Ravena. Romeo might also be a difficult matchup for the much slower Tiongson and the smaller Elorde. For me, Ravena’s health is a big factor and if his ankle is still bothering him on Wednesday, FEU might cruise to a victory.