From the outset, the NU Bulldogs will definitely miss the production of veterans J-Jay Alejandro and Matt Salem as both were top three in points, rebounds, steals and minutes played within the team. Alejandro, in particular, was their do-it-all guard, from scoring to rebounding to organizing the offense to guarding the opponent’s best player. He was also tops in minutes played and usage rate. More than the concrete stats, his leadership on and off the court will be sorely missed. As for Salem, his stats may not be as eye-popping as Alejandro’s, but he was just as important with his much-needed rebounding and shooting (1.6 three-point makes on 31.7% shooting) at the stretch four spot. It’ll be a major theme this season to see who can make up for their departure. 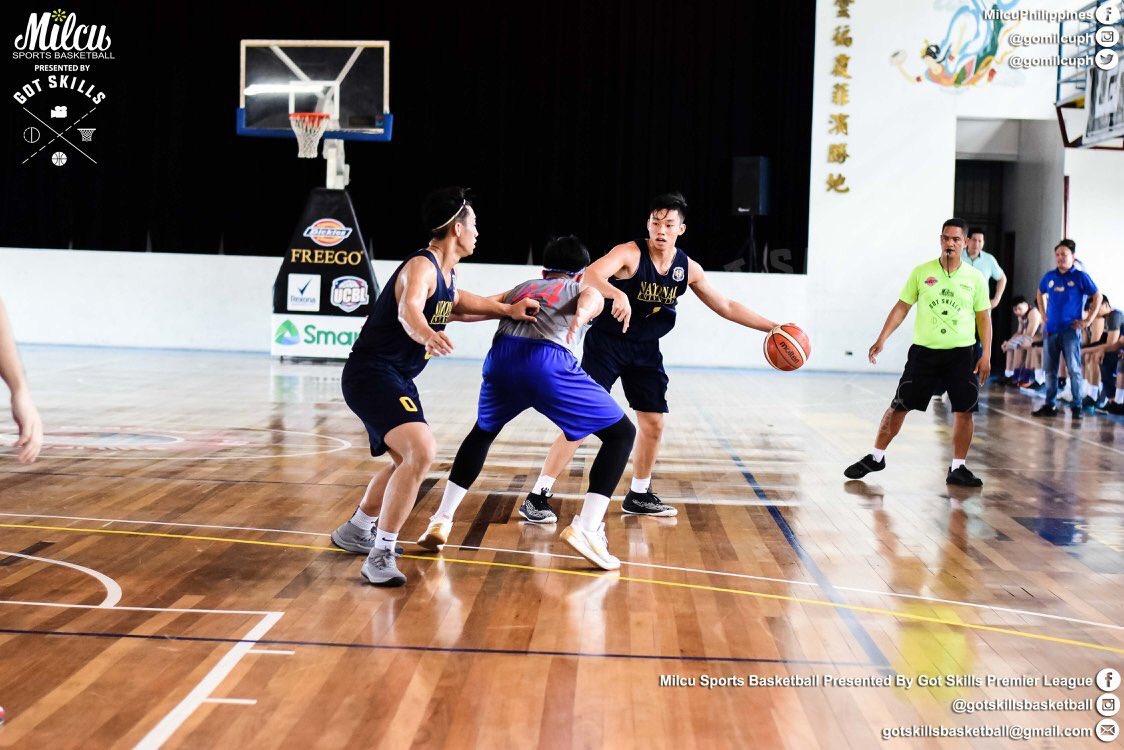 All eyes will be on NU’s trio of high-scoring rookies. Having been in the Finals multiple times during his run with the NU Bullpups (and winning a number of titles along the way), John Lloyd Clemente will look to bring his championship pedigree to this squad. The 6-3 swingman already showed what he can do in the FilOil preseason tournament where he led the team in scoring (almost 13 ppg and 39% from deep), highlighted by helping eliminate the Gilas Cadet team with a 23-point outing and the dagger. Not to be outdone, fellow rookie John Galinato showed his worth as he tallied 20 points in that same game versus the Cadets. Dave Ildefonso is another explosive wing that will look to bring the same type of offense to the squad. He made waves with his decision to leave Katipunan and join his father and brother in Sampaloc. His recent performance FIBA Under-18 Asia Championship shows he’s more than ready to take his talents to the seniors division. Not only did he score 19 points in just one half against Lebanon, but he also registered 18 points against powerhouse China. These three are all capable scorers, with Clemente as an elite off-ball option, while Dave and Galinato score off a variety of ways.

Then there’s transferee Shaun Ildefonso, who went through residency with the NU Bulldogs last Season 80. From being an undersized big man with the Ateneo Blue Eagles then, he’s evolved since into a combo forward who’s slowly creeping into playing the 2.

There is one other addition that certainly deserves mention. As Coach Jamike revealed in the UAAP Season 81 Presscon last Monday, Fil-Am Troy Rike will 100% play this Saturday in NU’s opening game. This comes weeks after news that Rike would be ineligible to play this season. While he’s relatively unknown, he’s still a 6-7 stretch big with NCAA Division 1 pedigree. That certainly wouldn’t hurt for a team that sorely needs size. Joining the aforementioned rookies will be a steady mix of young guns and veterans but it looks like two players entering their sophomore seasons will have the most significance.

Both Issa Gaye and Enzo Joson had solid debut seasons and will be depended upon to provide the necessary support. Gaye will be the lone returnee from their “big three” last season. With the rookies adding a huge scoring punch, he probably won’t have to focus on scoring the basketball as other foreign student athletes are expected to. Though it would be a big help if he can improve his efficiency inside (shot just 45.5% from the field). More than anything, his ability to anchor the paint is a need for a Bulldogs team that’s in the hunt for a playoff spot. Meanwhile, Joson was one of Coach Jamike’s first recruits as they needed to shore up their point guard position. He rewarded that effort by being arguably their fourth best player (started nine games, fourth in scoring, second in assists on the team), emerging as a two-way option with his size and skill. His familiarity with the type of system Coach Jarin wanted to run was a big help in his transition. He’ll look to bring the same steadiness in the backcourt, whether it be as a starter or as a backup.

Jamike Jarin’s teams have always been known for their high-intensity, high-energy, chaotic style of play. That’s what he became known for and that’s what led to his championships with the Ateneo Blue Eaglets and the San Beda Red Lions. He’s proven that he can succeed in the highest levels of amateur basketball. So it comes as a bit of a surprise that the Bulldogs were dead last in defense in Season 80. The fullcourt pressure they threw resulted in more possessions (tops in pace), but it did not result to turnovers as  as opponents turned the ball over in just 16% of their possessions (last in the league). Compare that to Franz Pumaren’s Soaring Falcons who forced opponents to cough up the ball in 23.9% of their possessions (first in the league) and you see the issue there. Add in the fact that they gave up the second-most fastbreak points, second-most turnover points AND the most second chance points in the league and you realize just how much they struggled on that side of the ball. Which leads us to…

KEY QUESTION: Can they shore up their defense, while their rookies get to defend at a good level?

Shoring up their defense should be the main focus going forward as they were still a respectable offensive team last season, while adding more offensive talent over the offseason. For them to really maximize their running game, they’ll need to create stops and force turnovers. They certainly have the tools and a huge number of wings to sustain that intense and chaotic style of play. And as much as their rookies are known for their offensive skills, will they be able to defend at a high level? There is also the question of their ability to defend the paint. Issa Gaye is good but he can’t do it alone. Speaking of big men… As I mentioned earlier, Rike is a bit of an unknown. He didn’t play much over at Wake Forest University (just 31 minutes total in 23 games over four years) before coming over as a Gilas Cadet. He did have an okay debut for them in the FilOil tournament (11 points, eight boards while struggling with fouls) and Head Coach Jong Uichico described him as a good “system player.” What that means for the NU Bulldogs is still up in the air, especially with him only playing one season. But that’s precisely why he can be an a surprise for opponents. Again, it couldn’t hurt to see what kind of production he can provide as he pretty much takes over Matt Salem’s slot. If he can provide half the production and help Gaye inside the paint, I’d say that’s good enough. If he can somehow morph into another Troy Rosario-type? Even better.

I don’t think there’s any question that they’ll be an exciting team to watch. Lots of youth and lots of scoring wings in a run-and-gun system almost always guarantee a fun team. But will that translate into more wins? It remains to be seen. They didn’t exactly ball out during the FilOil tournament as they ended up with a 3-6 record and lost to every UAAP team they faced. It doesn’t help that almost every other school improve in one way or another. They’re a bit of a wild card for. They could surprise and grab one of the lower seeds in the Final Four or they can just continue to struggle in the lower tiers. I do think they’ll be in the hunt for the fourth seed but there will be a lot of stiff competition. Everything hinges on how well they’ll be able to defend. Ultimately, I think they unfortunately end up with pretty much the same record and finish sixth or seventh. Whatever happens though, their future seems to be extremely bright.