UAAP Season 81 Preview: The Ateneo Blue Eagles are Kings of the Hill 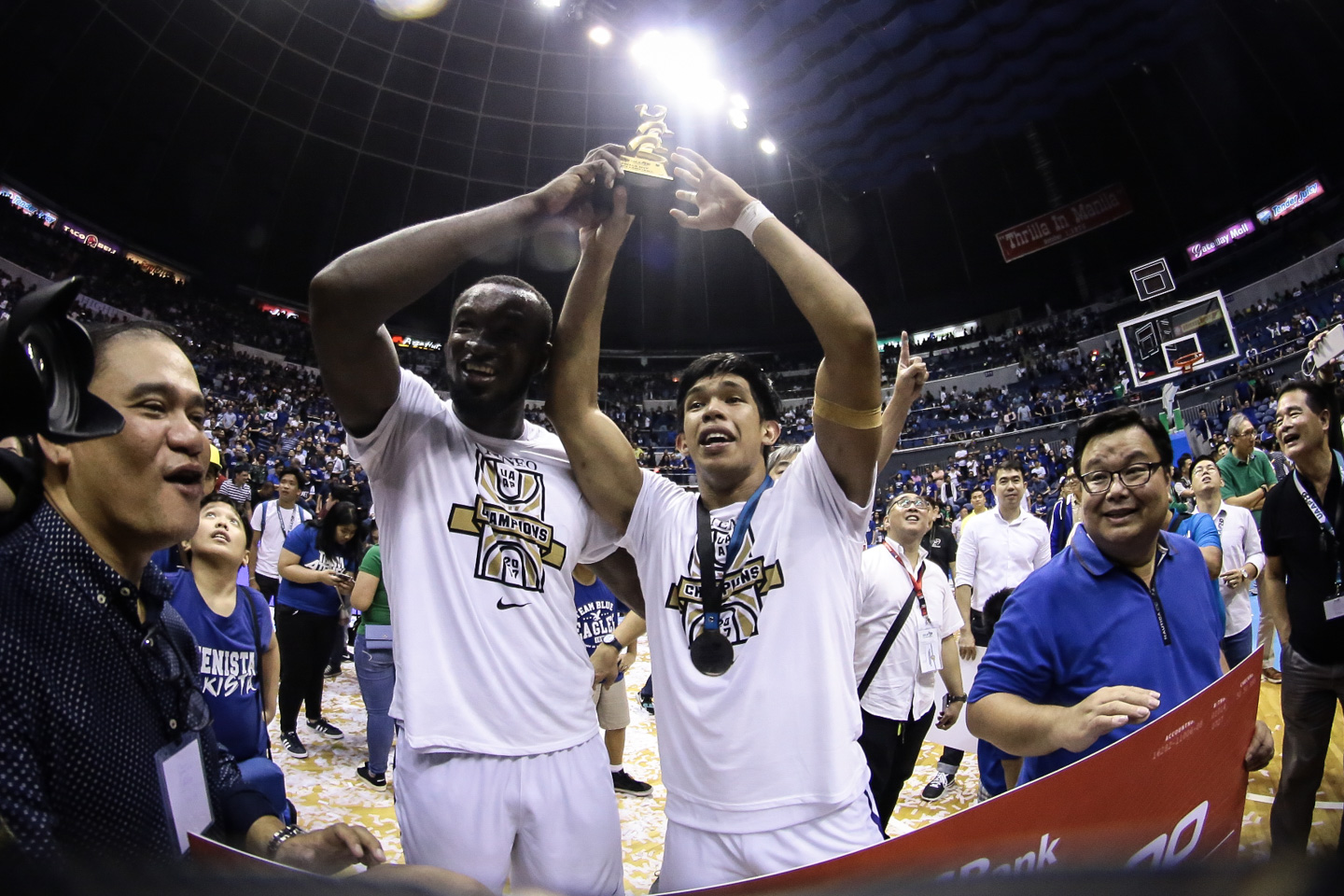 If you told me three years ago that Chibueze Ikeh and Vince Tolentino would be key losses to the Blue Eagles’ roster this coming season, I would have choked on my drink laughing at you. While their statistics were not eye-popping, their valuable contributions are not just seen in the box score. They’re undeniably integral parts of the Ateneo offense. Once they hand the ball off to the guard after the initial pass, they have the tools to roll to the rim or to pop for the shot. Ikeh in particular improved enough to space the floor, since he developed a three-point shot that you had to defend. They were also hard bodies that could go for the rebound or box out to allow their teammates to pick the ball up. Defensively, they were mobile enough to cover opposing big men, while they remained disciplined to stand their ground when needed. While Ateneo has recruited players to fill these spots, their experience is hard to replace. 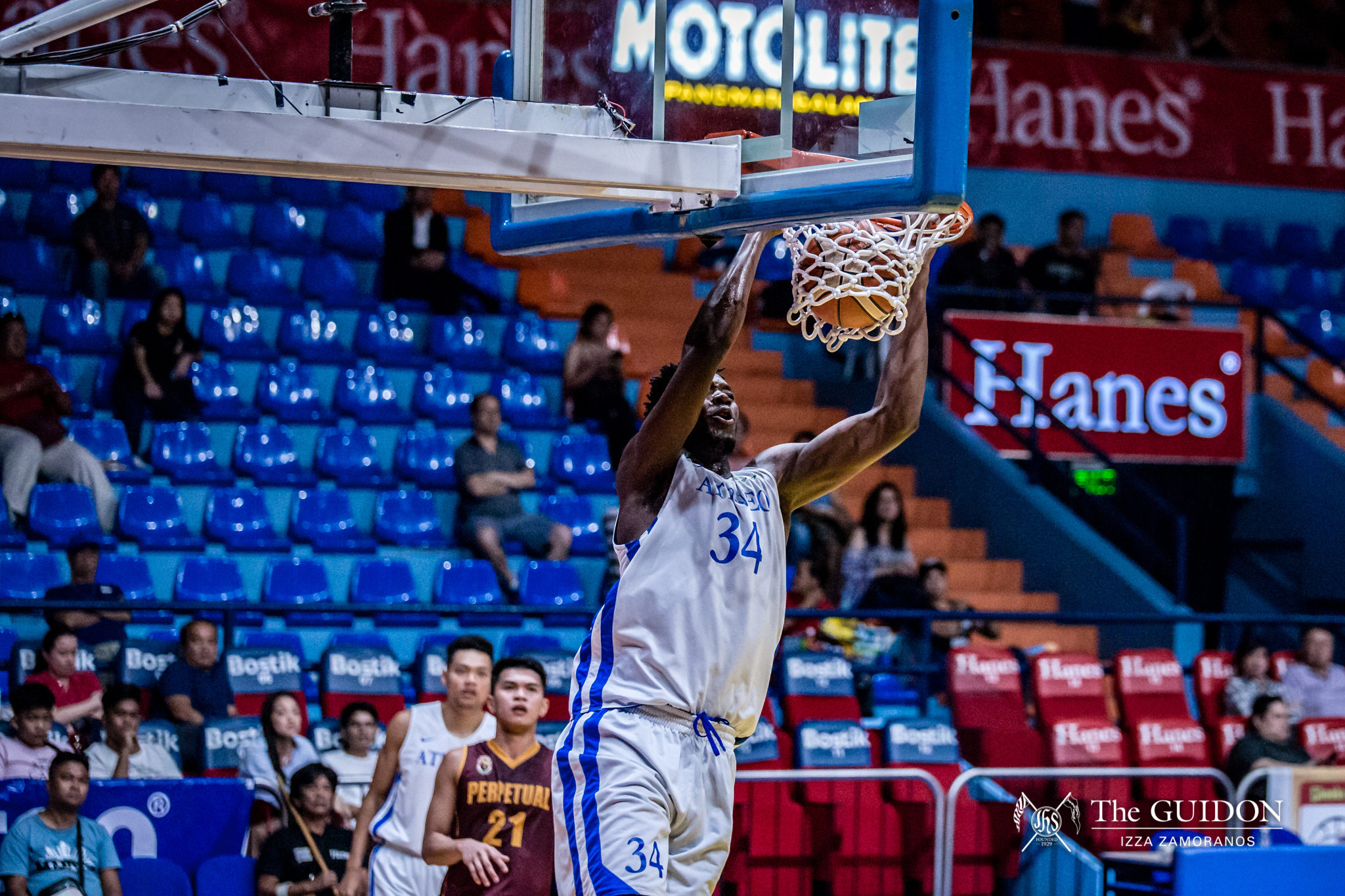 During the preseason tournaments, these four rookies stood out. Angelo Kouame has been inserted into the starting 5 from day one of the preseason tournaments. He is more polished offensively than his predecessor Ikeh, more consistent in his scoring and finishing around the rim. He holds his own against big-name centers and has more than once been the focal point of the offense. Against a retooled frontline of DLSU that features a resurgent Baltazar, a consistent Santillan, and a promising Samuel, he posted monster stats of 16 points, 18 rebounds, six blocks. Against arguably the best big men in the NCAA (Tankoua, Toba, Mocon), he registered 15 points, 16 rebounds, three blocks against San Beda University in the finals en route to the championship. So dominant is Kouame that he was awarded the Most Valuable Player of the Filoil preseason tournament.  William Navarro was a tad inconsistent during the local preseason tournaments but has introduced himself in the Jones Cup, with a stat line of 20 points, five assists, and four steals against Lithuania. It is also worth noting that he leads the team in assists (3.2 per game) in the said tournament. Matthew Daves might be a virtual unknown to many fans but based on his game tapes and highlights available online, he is a high-flying versatile forward in both offense and defense. SJ Belangel is a true point guard to relieve Matt Nieto of ball handling duties in crucial moments; which means Coach Tab Baldwin can use Jolo Mendoza or Tyler Tio at the shooting guard spot, a position more suited to their skill set. All these rookies have shooting range extending to the three-point line, a skill required in Tab Baldwin’s offense. While names like Thirdy Ravena, the Nieto twins, and Isaac Go are big names returning for the Blue Eagles, the most interesting one would be someone who did not play last season. Before sitting season 80 out due to an injury, he was a bonafide starter for the Blue Eagles, starting at the off-guard spot for 12 of the 14 games in the elimination round. He was averaging 9.4 ppg, the second highest scorer for the undermanned Blue Eagles that made it to the finals in season 79. Keep in mind that this was a Blue Eagle team that had a rookie coach who still did not have his system fully in place. Adrian is a big guard listed at 6’3”, capable of creating mismatches both on the offensive and defensive end. This can be a double-edged sword because as shown in season 78 where he played as a big point guard, he had trouble with the small point guards of other teams. However with another year under the watchful eye of Tab Baldwin, as well as properly recovering from his injury, he would do just fine against the best of the best the UAAP has to offer. With his size, he can even play small forward.  Backstopping Thirdy Ravena would be a hard task, but with his smooth moves and a reliable 3-point shot, he can do wonders for the Blue Eagle offense.

Ever since Tab Baldwin took over as Head Coach of the Blue Eagles, they have been playing more methodically on offense and defense. While the Blue Eagles are looking for easy baskets, it’s not by running the break (9.0 fast break points, last in the UAAP). This also plays a factor in taking care of the ball well (16.4 TO/g, least in the league). The Blue Eagles swing the ball around, reading what the defense gives them, and the open man has the license to take the shot. This ability to read and react has saved them in some tight spots (Isaac Go in Game 2 of the Final Four and Game 3 of the finals, Matt Nieto against Chinese Taipei-Blue). Defensively, Ateneo plays a safe style. Shuffling, playing with their feet and not their hands, are the fundamental skills of good defensive players and the Blue Eagles have it down pat. While defensive specialists like Gian Mamuyac are inserted in the game during defensive possessions, the team as a whole plays spectacularly (allowing teams 73.7ppg, lowest in the UAAP).

KEY QUESTION: Did the Blue Eagles show their hand too early, or do they have some more cards up their sleeves?

The Blue Eagles won three preseason titles. They went to Greece and beat the defending U21 European champion and played scrimmages with the Greek Senior Men’s team. They participated in the Jones Cup, beating the Chinese Taipei Senior Team, while ultimately ending their campaign at 4th. With another season under Coach Tab Baldwin, a vastly improved cast of holdovers, and a talented rookie crop, they seem to be poised to repeat this season. The question now is, have they peaked too early?

Preseason tournaments are undoubtedly helpful. But the problem with that is it can also expose the team to scouting. When the team flew to Taiwan to participate in the Jones Cup, everyone and their mother can bet that coaches of the opposing schools were scouting them. While they may not be using their plays for the upcoming season, there are so much more things to keep in mind. A player’s tendencies, hot spots, and weaknesses will appear no matter what plays you call out, things that opposing teams can expose over the course of the UAAP season. 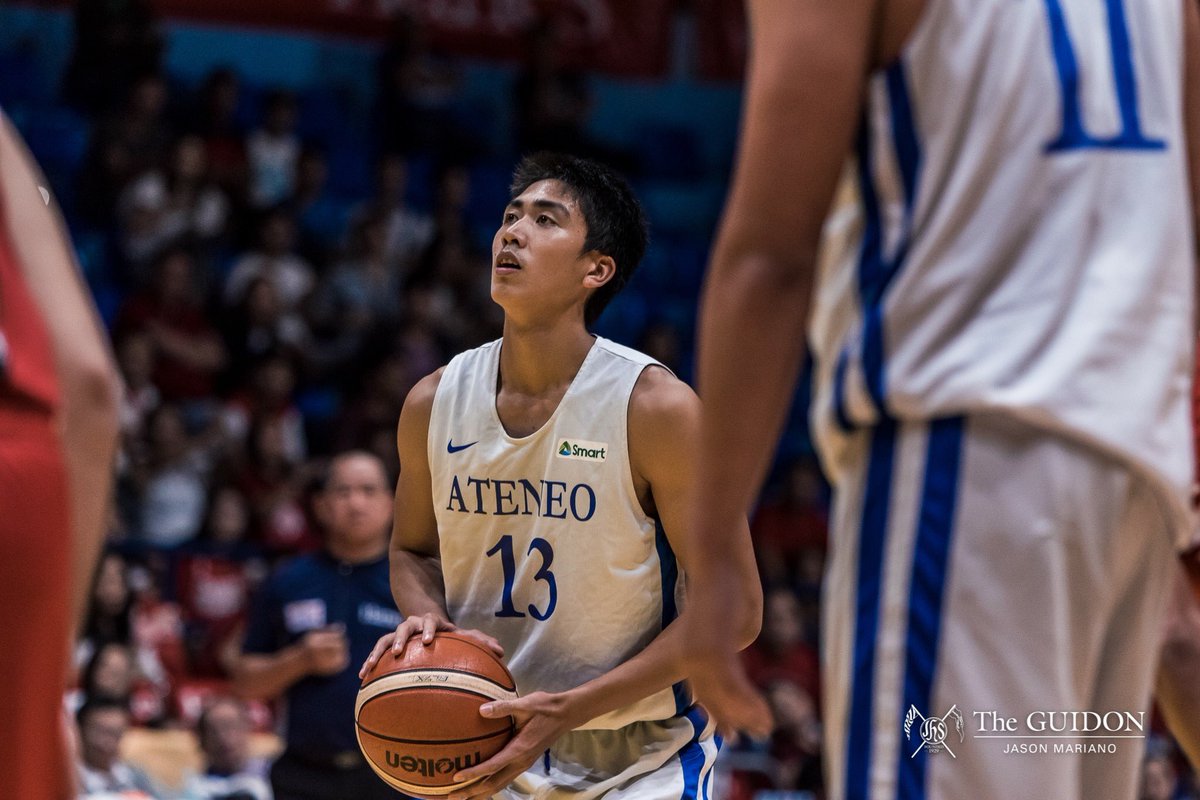 The Blue Eagles pride themselves as a team who share the ball and giving the open man the green light to shoot. While Angelo Kouame, Thirdy Ravena, and Matt Nieto are the core players of the team, William Navarro will be the most interesting player to watch out for this season. As a San Beda Red Lion, he did not get a lot of playing time, with Javee Mocon and Arnaud Noah playing at forward. There were questions regarding what he could bring to the table after transferring to Loyola Heights, and fans finally got to see it during the preseason tournaments and the Jones Cup.

Navarro is an agile, athletic big man who can pass, drive, and shoot. We were witness to this in the Jones Cup versus Lithuania, where Navarro put up a complete 20 points, five assists, and four steals. There were moments during the FilOil tournament where he left fans scratching their heads while telling Navarro quietly, “WTF ARE YOU DOING”, but he improved over the course of the tourney. He had Coach Tab’s trust, and in turn, he had confidence in his game. He can potentially do whatever (as much as the Ateneans would hate to hear this) Arvin Tolentino was slated to do in this team *stops typing, cries*.

PREDICTION: Ateneo finishes the elimination round at 13-1, beats UP in the Final 4, and wins two tightly contested games against FEU finishing as Back-To-Back Champions

While it is easy to see the Blue Eagles sweeping the elimination round, there is the chance that a team may have their number this season. In seasons 74 and 80, they dropped their last games against Adamson and La Salle respectively. It is not impossible to see Ateneo falling against a practically intact team that beat them last year in FEU. A relatively young team in UST, with a coach who has battled Tab Baldwin in the grandest stage of them all can also prove to be a thorn in the Blue Eagles’ side.

I picked UP to go against the Blue Eagles in the Final Four because it is about the right time that they get invited to the big dance. The Cebuano tag team of Desiderio and Manzo are on their last tour of duty and are very hungry. The Gomez de Liano brothers provide additional firepower when used properly, and Bright Akhuetie is certainly an upgrade to Center Ibrahim Quattara. Although they’re solid, the postseason experience of the Blue Eagles would kick in and be enough to send the Fighting Maroons packing and awaiting for Ricci Rivero and Kobe Paras to finish residency. This can also reignite the rivalry of Ateneo and UP, and fight a battle of Katipunan that means something.

FEU is a solid team with only Ron Dennison gone from their starting lineup. This gives the keys of the offense to Arvin Tolentino *a collective sigh from the Ateneo community upon reading this* Jasper Parker, and Hubert Cani. FEU also prides itself in acquiring talents from the far regions of the country (think Mac Belo, Mike Tolomia, and RR Pogoy from the Season 78 champion team) and may have a few aces stowed away in their lineup. Coaching them is Olsen Racela, a coach who utilizes his talents well. Since FEU played a slower pace last season (81.80, 7th in the league), it may negate the pace advantage that Ateneo seems to enjoy in their games. Just like the Final Four last year, it will be a grind out chess match where the outcome is decided in 1-2 possessions. The Blue Eagles will win in two games but expect them to bleed. Even the best of them do.